The Contribution has been living up to their name and giving back, they released their third single from their Wilderness And Space project April 21, benefiting HeadCount. Listen to the Exclusive Stream Premiere of “Passengers of Darkness” at Live For Live Music.
Since this February, The Contribution has been releasing one single a month, as sort of a mid-month pick-me-up. They have partnered with a variety of nonprofits to which 100% of the profits from each single (sold as a digital download) will go to a charity (hand-picked by members of the band) in perpetuity.

The Contribution is the brainchild of Tim Carbone of Railroad Earth (violin, guitar, vocals) together with Phil Ferlino (keyboards, vocals) and Jeff Miller (guitar, vocals) of New Monsoon. Keith Moseley (String Cheese Incident), has been the bass player from the band’s inception along with vocalist Sheryl Renee (The Black Swan Singers). The drum chair has been occupied by Jason Hann (String Cheese Incident), Matt Butler (Everyone Orchestra), and currently Duane Trucks (Widespread Panic). Both Matt Butler and Duane Trucks appear on the band’s new record, Wilderness And Space. Although the band is comprised of some of the scene’s heavy hitters, the first listen to their music reveals their love of 60s pop and soul coupled with their ability to flat-out shred. The full ten song album will be released on vinyl this Fall on LoHi Records.

Tim Carbone tells Shows I Go To about how the nonprofits were selected, “I put it to the band at large. What do you feel strongly about? Matt Butler said we should go for the Rex Foundation. Keith wanted Conscious Alliance, who I have also worked with before. Phil suggested Rock the Earth. I thought we would go with HeadCount because I am politically motivated. They don’t choose sides, they just encourage people to register to vote. When you don’t vote, bad things happen. I think we found that out.”

Tim says, “I wrote the words to ‘This Too Shall Pass’ for our guitar player Jeff after his mother passed away from breast cancer.” He says they did some searching and found BCEF, a Breast Cancer Emergency Fund in SF Bay area, to pair up with that song. LoHi Records labelmate, Jim Brooks, suggested Piedmont Land Conservatory as he has held events to raise money for them in the past to preserve natural and scenic lands, farms, and open spaces in Piedmont North Carolina. The Delaware Riverkeeper Network is located nearby where Carbone is from and they do wonderful work in protecting the waterways, including the drinking water of nearly 17 Million people, throughout the entire Delaware River Watershed which includes Pennsylvania, New Jersey, Delaware, and New York. 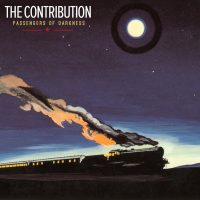 The newest single release “Passengers of Darkness” explores trauma suffered in a relationship, with two people confronting challenges to their love and trust. Carbone says, “It could also be a metaphor [in retrospect] for the trauma some people are feeling over our recent presidential election. The lack of transparency and trust in an election, as well as a relationship, can be destructive and almost always leads to chaos.”

How fitting to pair the song up with HeadCount, an organization that works with musicians to promote participation in democracy. HeadCount is best known for registering voters at concerts – having signed up 450,000 voters since its launch in 2004 – and for the Participation Row social action villages at concerts and festivals which have raised over $1 million for various nonprofit organizations.

“The Contribution is a brilliant concept and we were honored when Tim asked HeadCount to participate. Seeing Tim and The Contribution elevate and amplify the voices of so many incredible organizations is a real example of how music can change the world,” says Andy Bernstein, HeadCount’s Executive Director.

The first single “Back This Way” came out in February with proceeds going to Rex Foundation. Created in 1983 by the Grateful Dead and Family, Rex Foundation aims to help secure a healthy environment, promote individuality in the arts, provide support to critical and necessary social services, assist others less fortunate than ourselves, protect the rights of indigenous people and ensure their cultural survival, build a stronger community, and educate children and adults everywhere. Rex Foundation has granted $8.9 million to over 1,200 recipients.

March’s release unveiled “The Great Boot” to benefit Conscious Alliance. Live Music News and Review’s Miles Hurley spoke with Conscious Alliance’s Executive Director Justin Levy about their work to help solve the hunger crisis in America since 2002. He writes, “… one of the organization’s really successful efforts in the music world has been Art That Feeds, a project that has touring bands’ artists creating posters and other art that fans can donate food to purchase. As Justin tell us, it’s the fan bases that are a fundamental part of the organization’s mission. “People do want to contribute, people do want to give back locally. It’s about making it easy and accessible, and effective for folks,” he says.

“The idea,” Justin explains, “is to engage people in the middle of their good time, and provide them an outlet to give back locally in each city where the music plays. Tim Carbone has been a huge supporter of Conscious Alliance for many years,” Justin says. “[He] reached out to us as they were getting ready to launch, and said ‘We love Conscious Alliance, and we’d love to continue the support through this program.’

Hurley says “The Great Boot” is “a doozy of a track, echoing both the epicness of something like ‘Terrapin Station,’ and the folky, rich tones of a Railroad Earth tune. The last few minutes launches the song into a powerful climax, fronted by some inspired fiddle playing from band leader Tim Carbone.”

Hurley writes, “Purchasing a wicked cool new track, and getting to contribute to an amazing cause while doing so? It’s a definite win-win all around.”

All songs written and produced by Tim Carbone, Phil Ferlino, and Jeff Miller. The songs from Wilderness And Space were recorded mainly at Silo Sound Studio in Denver, Colorado and engineered by Todd Dival with additional recordings at TRI Studios in San Rafael, California (engineered by Rick Vargas).

All tracks available at cdbaby 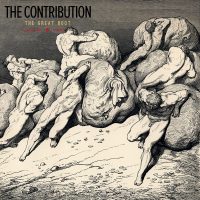 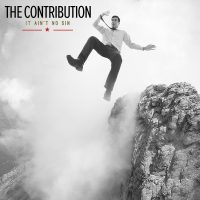