Since February, The Contribution have been living up to their name and giving back with each song. They have been releasing one single a month, as sort of a mid-month pick-me-up since February 2017 and have partnered with a variety of nonprofits to which 100% of the profits from each single (sold as a digital download) will go to a charity (hand-picked by members of the band) in perpetuity.

The Contribution is the brainchild of Tim Carbone of Railroad Earth (violin, guitar, vocals) together with Phil Ferlino (keyboards, vocals) and Jeff Miller (guitar, vocals) of New Monsoon. Keith Moseley (String Cheese Incident), has been the bass player from the band’s inception along with vocalist Sheryl Renee(The Black Swan Singers). The drum chair has been occupied by Jason Hann(String Cheese Incident), Matt Butler (Everyone Orchestra), and currently Duane Trucks (Widespread Panic). Both Matt Butler and Duane Trucks appear on the band’s new record, Wilderness And Space. The full ten song album will be released on vinyl this Fall on LoHi Records and reveals the group’s love of 60s pop and soul coupled with their ability to flat-out shred.

They release their newest single “This Too Shall Pass” on Friday, July 21 and it will benefit BCEF, Breast Cancer Emergency Fund  in SF Bay area.

Co-founding member of The Contribution and resident of the Bay Area, Jeff Miller, says, “BCEF is a nonprofit that has special significance to me as my mother, Joann D. Miller, passed away in 2012 from breast cancer. My family and I found out when it was already stage 4, so we could do nothing but support her in her last months of life on this plane.”

Many people with breast cancer have inadequate or no health insurance. Most will be unable to work throughout their treatment, adding a huge financial toll to an already difficult struggle. BCEF’s fast and early intervention prevents financial deterioration and provides a sense of security during a devastating illness. BCEF helps people in need continue life-extending medical treatments, avoid utility shut-off, prevent eviction, and maintain stable housing while they battle breast cancer. BCEF is a tax-exempt non-profit organization and does not receive City, State or Federal funds. 100% of their funding is from private foundations, corporations, and individuals.

Miller continues, “The song ‘This Too Shall Pass’ was written as a reference to the cathartic idea that even in our darkest days, with a loved one passing, there is hope. In writing and recording this song, I forever have a way to remember my mom and bring her into being whenever the song is played… a true blessing.”

Tim Carbone tells Shows I Go To about how the nonprofits were selected, “I put it to the band at large and asked them, ‘What do you feel strongly about?’” Tim says, “I wrote the words to ‘This Too Shall Pass’ for our guitar player Jeff after his mother passed away from breast cancer.” He says they did some searching and found BCEF, Breast Cancer Emergency Fund in SF Bay area, to pair up with that song.

The Delaware Riverkeeper Network is located nearby where Carbone is from and they do wonderful work in protecting the waterways, including the drinking water of nearly 17 Million people, throughout the entire Delaware River Watershed which includes Pennsylvania, New Jersey, Delaware, and New York.

Carbone continues, “Matt Butler said we should go for the Rex Foundation. Keith wanted Conscious Alliance, who I have also worked with before. Phil suggested Rock the Earth. I thought we would go with HeadCount because I am politically motivated. They don’t choose sides, they just encourage people to register to vote. When you don’t vote, bad things happen. I think we found that out.”

LoHi Records labelmate, Jim Brooks, suggested Piedmont Land Conservatory as he has held events to raise money for them in the past to preserve natural and scenic lands, farms, and open spaces in Piedmont North Carolina. All songs were written and produced by Tim Carbone, Phil Ferlino, and Jeff Miller. 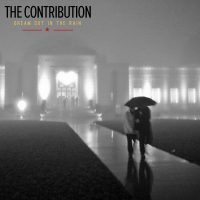 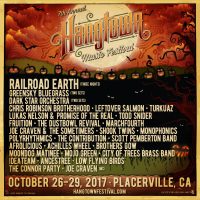