Imagine the proceeds from every song you had downloaded, every album you bought, went to non-profit organizations which benefit the arts, the environment, and health. Would you be more likely to buy a tune, rather than streaming it from Spotify, knowing you were doing some good? Tim Carbone is betting you will. The legendary jam band musician and producer (Railroad Earth, Greensky Bluegrass) had a revolutionary idea while playing String Cheese Incident’s Horning’s Hideout Festival a few years ago.

Carbone, Jeff Miller, and Phil Ferlino (New Monsoon) hatched a project called The Contribution. As the name suggests, the three principal songwriters team with other brilliant musicians to form a collective in which no one worries about who gets credit.They aim only to serve society through the music.

Carbone told Shows I Go To he, “just blurted out that we should put together a project. I followed up with them that April, told them I was gonna come out to California and we were going to write. I had shards of songs and pieces of lyrics. I said, ‘The three of us will share songwriting credits. Let’s eliminate any confusion.’ From that point on, we just started creating. If we were in a room together for more than three hours, a song came out of it.”

The Contribution’s first record, Which Way World (2010), showcased the band’s diverse musical virtuosity. Their newest effort, Wilderness and Space, sonically follows suit, but there is something much more important at work.

“We thought a while about how to get the music out there and have it have a purpose besides just promoting a band. Bands are mostly trying to get more asses in the clubs. Records are a promotional tool. People tend not to really buy that much music anymore.

If we were going to go on Jimmy Kimmel, he would put it up and people would buy it. But, we are not going on Jimmy Kimmel. We thought, maybe we can release the album so it benefits the band and allow people to contribute to causes that will make them really happy.”

It took a while to get together. It’s kind of like herding grasshoppers to get everyone in the same place. Every member of the band has their hand in other full-time projects.

Then, we had to get everyone’s ideas about which non-profits to support and get those organizations on board.”

The Contribution is releasing one track per month for the next seven months. 100% of the proceeds from each track will go to a charity hand-picked by members of the band.

“I put it to the band at large. What do you feel strongly about? Matt Butler said we should go for the Rex Foundation. Keith (Moseley, String Cheese Incident) wanted Conscious Alliance, who I have also worked with before. Phil suggested Walk the Earth. I thought we would go with Head Count because I am politically motivated. They don’t choose sides, they just encourage people to register to vote. When you don’t vote, bad things happen. I think we found that out.” So, is there something to the timing of this effort? At a juncture in our existence where charity and respect seem to be lacking in our public discourse, a group of brilliant musicians releasing music for the benefit of charitable causes seems apropos yet, surprising.

“Not really,” says Carbone. “The overarching modality that The Contribution operates on is glacial in nature. I have three or four or five flaming swords in the air at any time. It is difficult to find time for all of those projects. I had this idea two years ago but putting this together took some time.
My mantra is– it will happen when it happens. Don’t get freaked out about it. “Ultimately, humans take care of humans.”

The first single from Wilderness and Space will be released on February 17, 2017. The truth is, I probably would have streamed it without ulterior motives. Knowing that my dollar will go to something good energizes me to download a copy of each single, and tell everyone I know about the music. We are talking about really good tunes for a stable of very important causes. While we can not expect every band to operate this way, Carbone is committed to doing so with The Contribution. After the seven singles are released, The Contribution will put out a vinyl copy of the album complete with inspired, original artwork.

“Proceeds from the vinyl will go back into the next project. This is how the business of The Contribution will be conducted from now on. My goal is create something people will believe in.”

Giving Back: A Discussion with Tim Carbone of The Contribution by Jason Earle. 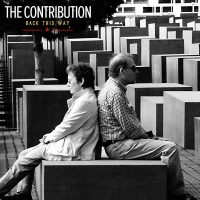